Tapestry started with a small and now lost picture in 1984. The second attempt was the train seen to the right. (76 by 38 cm) which was given to a close friend as a house warming present.

After the tiger came the Durham canvas (60 by 39 cm). Purchased on a reunion visit to the University in the City, it was taken to Italy on Holiday with me, the sky was one of the most boring bits of tapestry that I have done as it is all the same colour but the rest is stunning.

Following that was this picture of a tiger (48 by 69 cm) which has been in our front room for many years.

By now we were at the start of 1988/9 and I started the Owls (46 by 37 cm) hich were almost completed by the time our first child arrived in June of 1989. At this point, there was no free time and the thought of wool and needles being round and about, put paid to the tapestry for many months and that spread into years.

At some point during 1997, the unfinished Owls canvas surfaced and I decided to complete it. Hence, tapestry returned as a major source of relaxation in my busy life. 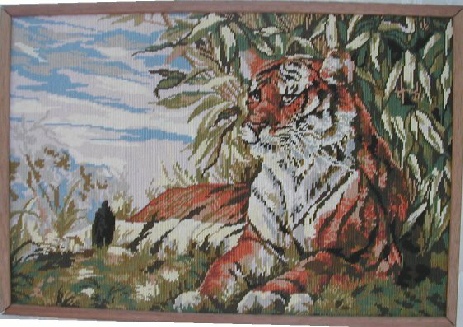 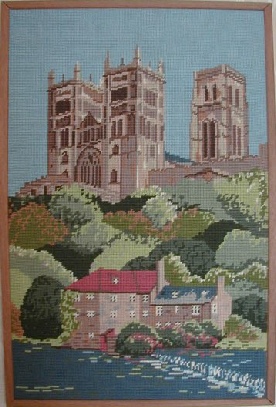 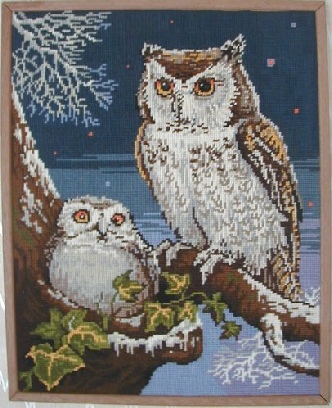 The Japanese Water Garden (51 by 66 cm) was started in January 1998 and completed in October 1999 when the Japanese theme was continued with the Lady in Red.

The Lady in Red is 69 high by 50 cm wide and from rough calculations, used about 500m of wool. 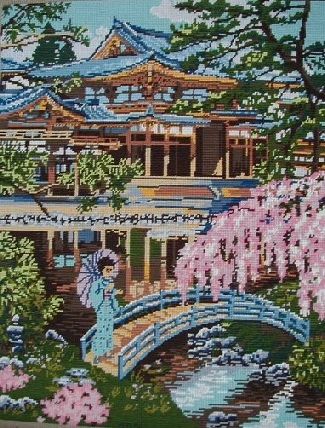 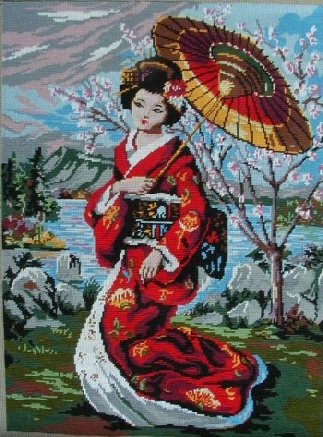