Having returned to tapestry at the end of the 1990s, I continued looking for bigger pictures to make in order to provide a challenge. 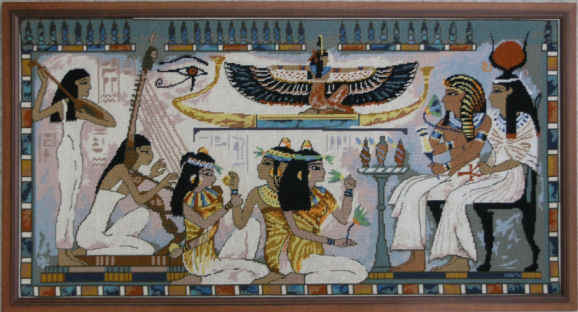 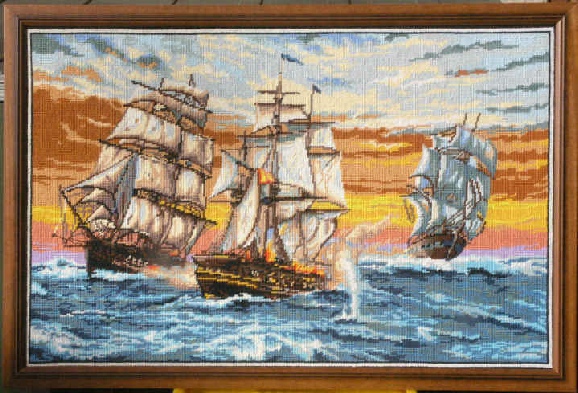 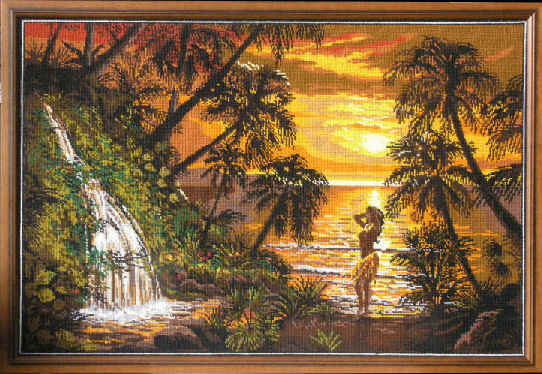 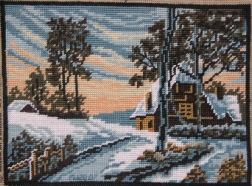 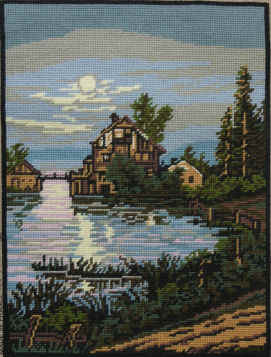 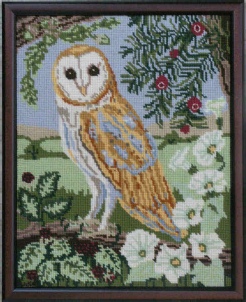 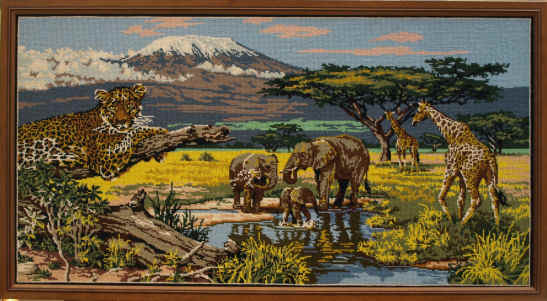 The Hornblower style Naval battle was started shortly after the completion of the Pharaohs in May 2002 and was finished in September 2003. It is 76cm by 49cm  and used 600 metres of wool. With an estimated 57000 stitches in it, it took many hours to do.

In December 2006 I finished the view of the Eiger Mountain which was started just after the sunset was finished. It is 130cm long and 65cm high, it contains 130,000 stitches, using about 1.1km of wool. (…and yes the units are correct). It took an estimated 260 hours of work which makes it the biggest that I had done so far.

After that I  finished off a very small (30cm by 22cm) one that Alison started and got bored with, which was completed in January. (Snow scene)

This was closely followed by another small one of a moonlit scene at 30cm by 40cm which was completed in July 2007.

The 50 by 40cm cottage in a sunset was completed in April 2010 and also contained 44 skeins of wool.

The Chateau with the swans was started at Christmas 2008 and completed just before Christmas 2009. It is 40cm wide and 50cm high and accounted for 44 skeins of wool.

In August 2007 I started the owl  which I completed just before Christmas the same year.

The owl was closely followed by this scene showing Mount Kilimanjaro in the background.  It is 115 by 52 cm and was completed at Christmas 2008. 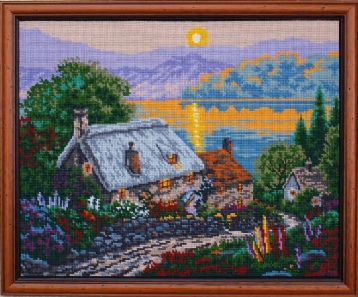 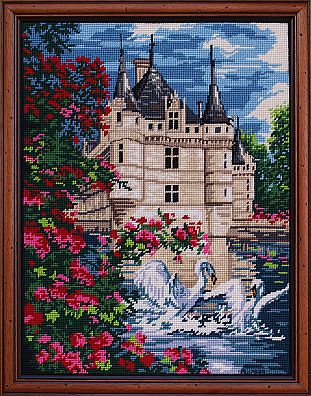