Large pictures had become very difficult to get especially with a picture that will complement the current collection. Thus I decided to do my own having a photograph that Alison took printed on white canvas.

In December 2010 I started to experiment.  The photo of me driving a Steam Train at Exbury Gardens was printed at 70cm by 50cm.

The tapestry was started in February 2010 and completed in May 2011. Some liberties were taken with the colours to make bits stand out. Lots of left over wool, from other tapestries, was used to make up the colours and over 60 different colour wools were used. The finished design is 71cm by 53cm. 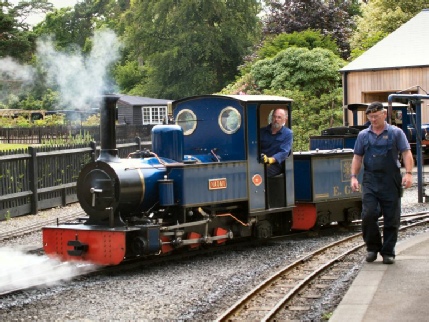 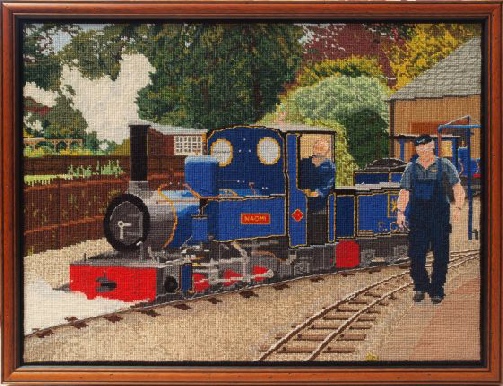 In June 2011, I started to repeat the experiment with a Autumn picture that Alison took in the New Forest.

The New Forest got shelved in July 2011, after a trip to the Italian Dolomites where Alison took a stunning picture for me to turn into a tapestry. The result is amazing and took 18 months to complete.

The picture was completed and framed in January 2013. It contains 51 different colours of wool and is 96cm by 60cm. I estimate that it used 760 metres of wool. 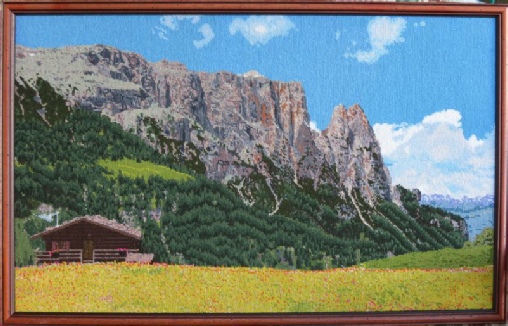 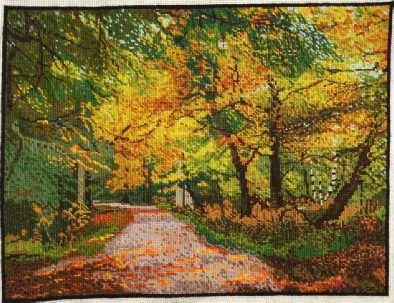 The New Forest picture was eventually restarted after the picture of the Schlern mountain was finished.

After a short break, this one was finished in November 2015. 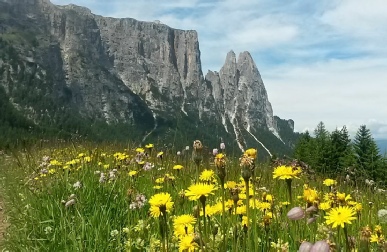 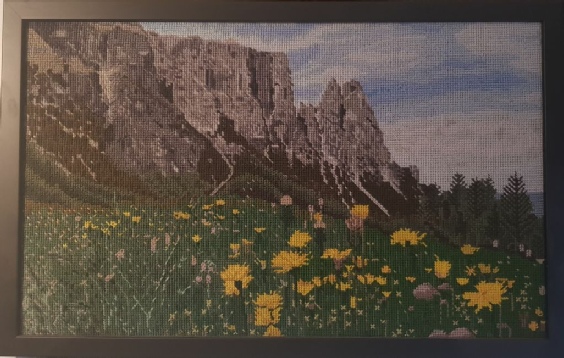 The next project was for Peter and Persephone, who wanted a Dolomites tapestry of their own after a family trip there.

It was based on a photo they took.